It seems I got somehow overwhelmed with real life these last days, months or even years… I just realized I didn’t even mention here that my second son, Gaspard, is born on June 1st, 2011 ! 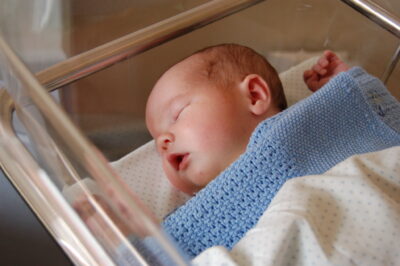 He’s since growing up very well, maybe faster than his big brother due to the “big brother pull”. Contrary to Paul who slept complete nights (8pm to 8 am) very soon, as soon as two months old, Gaspard had a lot of difficulties finding a good sleep pattern and we got really, really tired as monthes went by. In the end, he finally found his rhythm after around 14 monthes, much to our relief, and things are going much better since :) 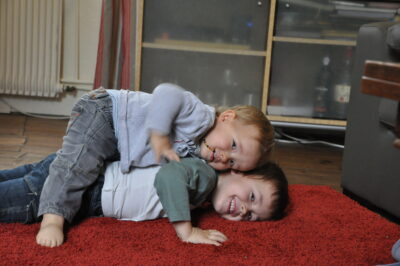 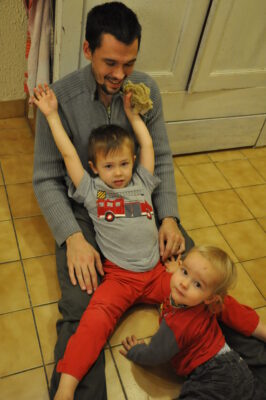 Paul is a really nice big brother, although of course there are times where screams are distinctly audible from their bedroom, when both focus on the same toy.Paul’s growing up, too, and even if some times he’s still a bit dependant on us for things we’d like him to do by himself, like dressing up, he’s getting more and more autonomy, he’s now able to have great conversations with us including a very logical process of thought, which never ceases to amaze me, except when it’s reasoning against Dad’s orders just before leaving – late – for school :-)

Paul’s now four years old, and I’ve been able to share more and more of my passions, interests and tastes with him, which is a very satisfying thing – I’m able to give him other centers of intersest than Disney’s Cars or Spiderman which he heard of at school, and he’s also fond of the aviation pioneers, space exploration (and the “swimming astronauts in the space station“), bicycling, Beastie Boys or other real cool music, or climbing – although he’s still a bit wary of these heights above two meters :-)

In other news, I’m now able to work more than last 18 monthes on Claws Mail, and although that beast is almost feature-complete (for my usage) there’s still a lot of work to do! I missed it a lot hacking on that code-base, fixing bugs and implementing things to help our users get streamlined workflows. I had mostly put any development on hold since Gaspard’s birth and until he made complete nights – I think there’s a clear causality showing there, and I missed that a lot.  Anyway, to make long stories short, I’m now able to hack on Claws when the children are asleep, and also one day per week on Wednesdays. That just rocks :)

I’ve been able to put in some work in the Windows port of Claws Mail, too, which was in desperate need for attention since a while. Unfortunately I’m having problems building GPG4Win, which is a great cross-build infrastructure, basis for our official Windows port since a few years. I’ve been, as a matter of fact, “forced” to fork it at least until I manage to build the official build. At least our Windows users get the fixes and new features :-)

Also, we moved in July, and we’re now renting a little house which is really, really nice compared to our previous cigarette-paper-thin-walls flat. No neighbors noises, a little garden, more place for the children (who still share their room, but it’s now 16 square meters instead of 8), a garage for the bicycles, scooter and tools, that’s great :)